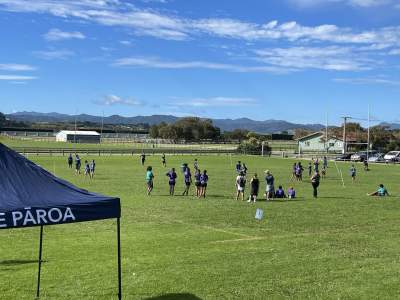 St Joseph's Catholic School and Te Kura o Te Pāroa both took out their pools in the Year 5-6 division to play off for the top placing. In the end it was Pāroa that took the win by one point.

The Year 7-8 final was played between Ōpōtiki Primary School and Te Kura o Tāneatua, with Ōpōtiki coming away with a 12-10 win.

There was a great display of sportsmanship from all of the participants. A big thanks goes out to all the kura involved and those providing guidance on the day.

The Importance of Play