BoostedSport has been developed by Sport NZ on behalf of the New Zealand Sports Foundation Charitable Trust and in partnership with the Arts Foundation Te Tumu Toi, building on the success of its crowdsourcing platform, Boosted, which will now become known as BoostedArts.

“Organisations at grassroots level are always looking for extra funds to ensure clubs, teams and local groups can keep providing for the needs of young people. This is another option – and one we believe will be easy to use and highly-effective.” 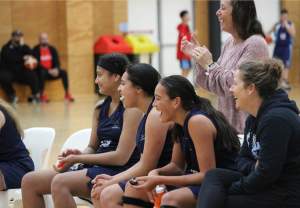 “We’re encouraging local clubs and groups to give this a go the next time they need to raise funds. COVID-19 has placed considerable strain at grassroots level and BoostedSport is here to help,” says Shelley Empson.

BoostedSport works in a similar way to other crowdfunding platforms where an
organisation lists a project and reaches out to networks and communities for donations to reach a specific goal. There are a number of resources available on the website to help groups promote their projects.

The launch follows a successful pilot which helped seven projects quickly achieve or exceed their funding targets. These included the Hororata Golf course, which raised over $11,000 to repair flood damage, Sense Rugby NZ ($10,000 to expand its programme into Porirua), Southland Volleyball ($600 for new first aid kits) and Special Olympics West Coast ($3,390 to help send athletes to the National Games in Hamilton).

Sport NZ has licensed BoostedSport from the Arts Foundation Te Tumu Toi, where Boosted (now BoostedArts) has raised almost $9 million through 80,000 donations to over 1,200 successful projects over the past eight years.

“Boosted has been helping grow giving to the arts by everyday New Zealanders since 2013 and has made a huge contribution to our cultural landscape of Aotearoa New Zealand. We are thrilled to be able to share Boosted with Sport NZ. Joining forces supports both the arts and sport, contributing donations directly to teams or athletes like we do to our country's creatives - all strengthening support for the sports and arts which have such an important role to play for our wellbeing and identity as New Zealanders.”

Shelley Empson says Sport NZ is thrilled to be working with the Arts Foundation and learning from the success of Boosted within the arts community.

“It made sense for us to partner with Boosted and utilise a proven platform. Boosted has been a tremendous success in the arts and we believe grassroots sport and recreation bodies will also get behind BoostedSport. It’s an exciting new opportunity to fundraise for local projects.”

Volunteering in the Bay of Plenty