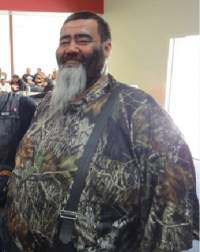 Whakatāne man Cliff Morgan has lost an astonishing amount of weight in less than a year - between 60 and 70kg to be exact!

Cliff was first introduced to Green Prescription by his GP, but it took him a while on the programme before he decided he was ready to get something out of it.

If he could give one piece of advice to others in his position it would be “to change your thoughts first and then things fall into place”.

Cliff said “something just clicked one day, it might have been looking at old photos, and I just wanted to be healthy”.

So with the help of Cliff’s trained GRx Advisor, he has now progressed to six activities a week including swimming, the gym and walking. 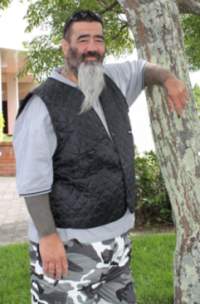 He has also formed better eating habits and has less takeaways, bread, chips and snacks. He eats more vegetables and salads, and always has breakfast. Cliff said “most people know these things but you’re only ready when you’re ready”.

Since Cliff has lost the weight he’s noticed that lots of day-to-day activities are easier. He can walk for hours and has more energy.

Sticking around for his two daughters, aged 14 and 21, and being a role model to them is also a big motivation to stay healthy.