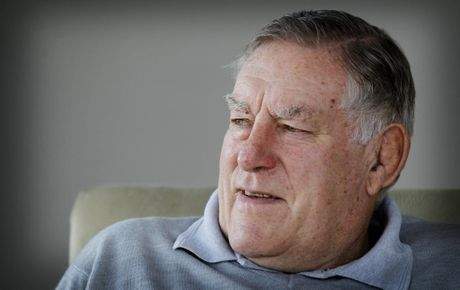 Comments by All Blacks legend Sir Colin "Pinetree" Meads' that all children must play sport to win have been countered by the boss of the Bay of Plenty Rugby Union.

"All young people must play a sport and they must play it to win," Sir Colin said.

"I'm against the education system saying you participate and don't have to play to win. It teaches you to be a good loser if you don't win but you must always play to win."

"We see the benefits from teaching youth about the outcomes of winning and losing, but equally, we're certainly supportive [that] all of our youth be given an opportunity to play as well.

"I think you learn a lot from just participating."

Learning to win and lose had valuable outcomes for children. However, the opportunity to be active and participate in sport was most important, Mr Rogers said.

He said in the Western Bay, children's teams weren't graded and competitions didn't become serious until they got older.

Mr Ingham said it was about participation rather than competition and while it was healthy to be competitive, it wasn't a priority.

Otumoetai Football Club manager Barry Lusher said every child played to win but the most important aspect of team sport was developing children for the community and teaching them to be good citizens.

"When you lose, you reflect of the way you have performed and how you can perform better to help your team or yourself to win.

"Children should be taught the skills first, then teach them the game and they will then quickly learn what you need to do to win."

University of Waikato sport and leisure studies Associate Professor Clive Pope said there was nothing wrong with playing to win.

However, the emphasis placed on winning could be detrimental to kids' enjoyment of sport.

"The experience and challenge of trying to win is the crucial thing.

"I don't have a problem with what Colin is saying, I just think that sometimes we allow that to dominate our thinking."

Sport New Zealand spokesman Greg Palmer said kids should be enjoying sport first and foremost - using it as an avenue to have fun, make friends and learn the values of teamwork.

Some junior sporting codes had been trialling a system of not keeping score, to ensure both players and parents on the sideline focused not so much on winning, but on the enjoyment factor, Mr Palmer said.

As children grew up they learned more about their sport and moved into their teens, sports progressively catered for the competitive types, he said.

Sir Colin's comments came as he offered five life lessons to coincide with his 77th birthday.

Other lessons from the rugby great included enjoying your life, being yourself, working hard and choosing your partner well.