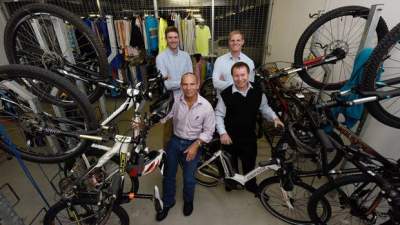 A range of local agencies and cycle groups have applauded Tauranga City Council’s decision to build a network of physically separated cycle paths.

Sustainable Business Network (SBN), Sport Bay of Plenty (Sport BOP) and Bay of Plenty District Health Board (BOPDHB) each submitted to the Council in support of the Cycle Action Plan and are thrilled that the Council has voted, not only to roll out the plan, but to do so quicker than was originally proposed, and with additional financial backing.

“The result will be more people being able to access safer cycling options.” Heidi adds, “We congratulate Council’s commitment to increasing transport options for people of all ages across the city and look forward to supporting this work in the years to come.”

Medical Officer of Health, Dr Phil Shoemack believes the community will see wide spread benefits. “By having a safe and attractive cycling network, children will have the freedom to get themselves to school by bike, many more people than at present will feel safe to do their daily commute by bike, and families and tourists will be able to get round the city by bike.

“This will all reduce congestion on our roads, improve road safety, and result in a community that is healthier and more connected.”

Just over a year ago SBN convened the BikeNow group and proposed the plan. Together, with member businesses, BOPDHB, Sport BOP and cycling advocacy groups, they have worked closely with Council staff on the plan.

“When SBN proposed the plan to the Tauranga Transport Committee in February 2017, it seemed a long way from reality. Now we are actually going to see the development of a true network of separated cycleways,” says Glen Crowther, SBN Bay of Plenty manager.

Glen adds, “This plan will offer safer and healthier transport choices for children, older people, commuters and families and we thank everyone who contacted councillors in support of the cycle action plan. It was great to see that all elected members voted for the plan.

“Thanks also to Council staff who developed the plan and to those who have collaborated with SBN on making this a reality.”