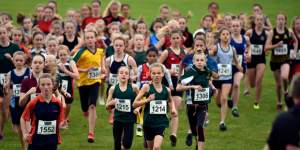 More than $3 million has been injected into the Western Bay of Plenty economy thanks to the 2016 NZCT AIMS Games.
The $3.05m was generated by 47,500 visitor nights and expanded the region's Gross Domestic Product (GDP) by $1.98 million.

An evaluation commissioned by Tauranga City Council of the sporting event's impact on tourism and GDP showed the regional return on investment for the games was 537 per cent. The event injected $2.5 million into the region from visitor spending, and an additional $500,000 into the region's event economy.

Tauranga Mayor Greg Brownless said the results more than validated the regional investment in the games. Tauranga City Council contributed $60,000 to the event.

"This event attracts more athletes than the Commonwealth Games - it's one of Tauranga's biggest weeks of the year. AIMS Games has an enormous positive impact on our city and we're proud to support it."