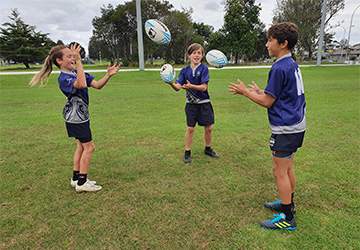 When it comes to playing sports as a child, giving multiple sports a go trumps specialising in one code early on.

That message, along with character building, supporting sport leadership as well as sports workshops were all part of this year’s WBEET Aspiring Sport Leaders (WASL) programme.

In April 2021 more than 600 children from 65 primary and intermediate schools from around the Western Bay of Plenty attended the one-day programme over three days learning about the importance of keeping kids involved in sport for life, leadership skills and positive character traits that could serve them well in sport and in life.

Attendees, who were selected from nominations by their school based on their leadership qualities in one of 12 different sports, took in presentations as well as practical and non-practical workshops with their sports code and were provided quality coaching and character development.

The programme also delivered key leadership messages that support the ‘Balance is Better’ principles, which is Sport New Zealand's commitment to keep young people in sport by putting a stronger focus on fun and development, reviewing existing competition structures and encouraging youth to play multiple sports rather than specialising too early.

Les, who was a guest speaker at WASL, spoke about her sporting career and the importance of playing multiple sports as a kid.

"As a young kid I just did everything. I did cross country, athletics, swimming sports, everything I could to get out and play,” she told the children.

She also stressed that winning was not the be-all and end-all in sport.

“If you're always focused on winning you miss all the learning and all the growth on that journey to winning."

“We layered in leadership qualities that were self-responsibility, self-awareness, courageous mindset, work ethic and being a lifelong learner, and they really got to understand what that looks like in a sporting context,” Trudi said.

“I had the privilege of going and seeing all of the codes and there wasn’t one that I went to that I didn’t have a child come up to me and say ‘we’re having such a good day’, so in that respect it was a great success.”

Sport Bay of Plenty’s community schools’ connector Cameron Grieve said there was a lot of fun and learning that took place each day, with parents also being able to gain a better understanding of how to support their children.

“A lot of the stuff we wanted to push with this programme was aligned with the Balance is better principal so we made sure a lot of the stuff around taking part in many different codes especially, were also mentioned,” Cameron said.

A parent’s workshop was also held and Cameron said 170 attended to learn how to support their future sport leaders and help them to stay in the best space to succeed in life. 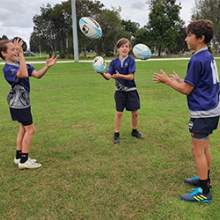 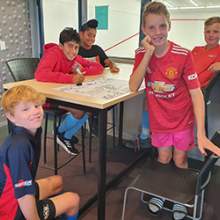 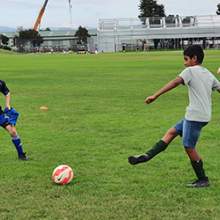 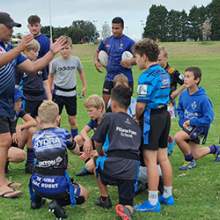 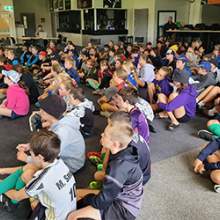 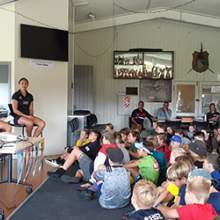