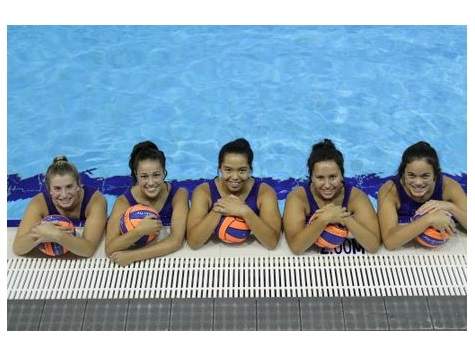 Bay of Plenty looks to have designs on becoming a national powerhouse in water polo with the naming of a raft of junior players in national squads.

Five players from Mount Maunganui College have been named in two under-15 girls teams to compete in Australia in late-June and early-July, taking the number of national squad members in the region to well over a dozen.

With 27 players picked in the under-15 squads - which have been enlarged to keep players motivated for the world under-18 championships to be held in 2016 - it means the college, and the region, are hugely over-represented. Georgia Reardon-Nikara and Julia Kayes have been selected to travel to Brisbane to compete in the Trans Tasman Challenge Series from June 30 - July 5, while Caitlin Lyttle, goalie Alisha Winstanley and Malia Josephson will head to Canberra for the Youth World Games beginning July 5.

The five girls were among the youngest to compete in the senior girls secondary school water polo nationals last year, and were in the Tauranga under-14 girls team that finished second at the nationals.

It is the first time the girls have made a national squad.