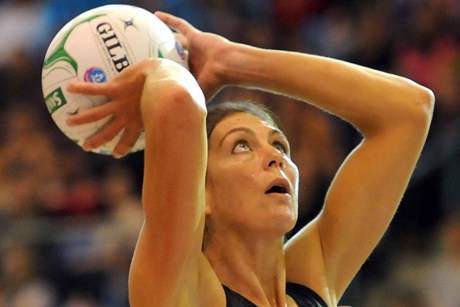 Waikato-Bay of Plenty Magic remain firmly in the finals hunt after a 65-62 overtime victory over the Queensland Firebirds in their trans-Tasman netball match on Sunday.

The defending champions desperately needed a win and only just got there at the Gold Coast Convention Centre against a gallant Firebirds, with Silver Ferns sharpshooter Irene van Dyk slotting the winning goal in extra time.

The Firebirds suffered only their second defeat of the season but still boast a 7-2 win-loss record while the Magic climbed to fourth on the ladder, but have played one more game than the fifth-placed Southern Steel.

Less than two weeks after the death of her father, grieving Firebirds skipper Laura Geitz was inspirational but even her heroics couldn't get her team over the line in a nail-biter.

The 26-year-old missed the Firebirds' past two wins over Melbourne Vixens and Canterbury Tactix following the death of her father from an accident 12 days ago at the family property in Allora, about 150km southwest of Brisbane.

She switched from goalkeeper to goal defence in the final quarter and during overtime, with Demelza McCloud marking van Dyk.

The Hamilton-based side led 13-8 at the first break before the Firebirds clicked into gear, clawing the deficit to three goals at one stage before the visitors went to halftime 24-19 ahead.

The Firebirds burst out of the blocks at the resumption, bagging five consecutive goals to level at 24-all and turn the match on its head.

They held a 37-35 lead at three-quarter time and the score see-sawed throughout the final stanza before Aiken nailed a goal with seconds left on the clock to send the match into overtime.