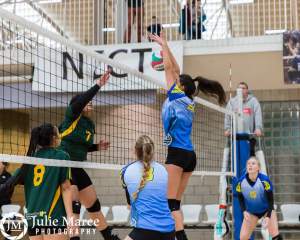 With high expectations, the teams attained some great results: one team was contesting the gold medal match in five of the six grades, with the U20 Women's and U17 Men's coming up with the goods to claim gold.

U17 Women's saw Renee Harris and Emma Hegarty in their respective tournament team. A few U20 players also made the team with Billy Johnstone and Tyran Gillespie in the Men's and Emma Mabbott, Shaenae Hall, Hanna Manihera being named in the U20 Women's.

In the Open Men's, Daryl Lewis made the grade along with Danielle Pierce in the Open Women's. With that many team members making the tournament teams and a seven-medal haul from nine teams, this would be one of the most successful campaigns from Volleyball Bay of Plenty.

The organisation is hoping to continue these good results later in the year at the VNZ Junior Secondary School Champs in November and U15 Inter-provincial Champs in December.