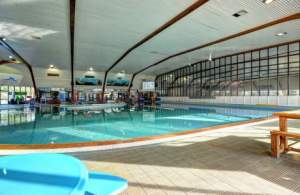 Elected members have voted in support of a number of key sports and recreation projects proposed for the 2018-28 Long-term Plan, following a day-and-a-half of deliberations which followed community engagement and consultation.

The Long-term Plan will establish the work and projects to be undertaken across the next 10 years and how that will be funded. The deliberations by the council’s Strategy, Policy & Finance Committee followed six weeks of public engagement and consultation which resulted in feedback from more than 1350 individuals, groups and organisations.

The recommendations of the Strategy, Policy & Finance Committee regarding proposals for inclusion in the 2018-28 Long-term Plan (LTP) will go to the Full Council for its consideration and final decisions later this month.

The Strategy, Policy & Finance Committee has resolved to support the inclusion in the LTP of the following in the sport and recreation field: