Umpiring and refereeing - a topic rarely talked about 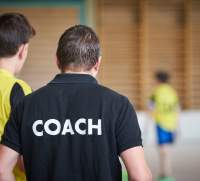 Here at Sport Bay of Plenty we run a small group called the Performance Network.

This is for coaches, umpires, managers, physios, mental skills trainers and nutritionists who work in the region's performance space, working with national and international athletes.

We meet up to five times a year over breakfast to share thoughts on common issues, new innovations and enjoy general chat. We may use speakers or theme leads, or run things as a Q and A format. Our last event was based around our interaction with with officials, referees/umpires in the performance arena.

It’s a topic in the space rarely talked about, hence the need for it now.

After some robust conversations it was interesting to note some of the approaches that were taking place.

We have to understand that at all levels, umpires, referees and officials are integral to the fabric of sport, the game does not happen without them.

It is important for all athletes, coaches and support staff to build relationships with them, talk to them for their own understanding whilst coming from a position of mutual respect and genuine growth.

By everyone having a better understanding of officials we can ensure all sport participants – athletes, coaches, support staff, spectators and officials can have an enjoyable sporting experience – one they would like to have again.

If you are coaching, managing, officiating at, or are support staff to athletes at Performance level or above and would be interested in joining the group please let me know by connecting at davec@sportbop.co.nz