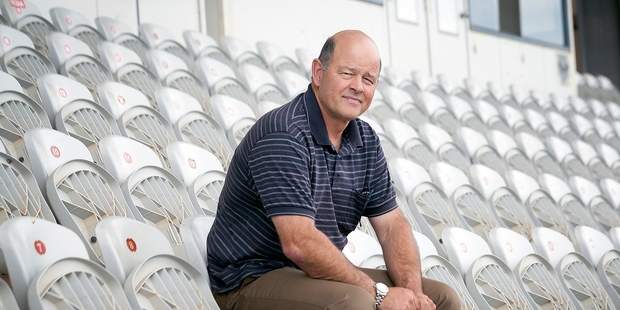 Despite it being the middle of summer, they are clogged with thick, orange clay.

It's an occupational hazard of working at the venue, which was originally built for, and is still predominantly used by, speedway.

The dusty ochre track has become a mudbath over the past fortnight as the grassy infield has been carved into jetsprint water channels for a world first.

It's enough to make ardent rugby supporters weep. Three days out from the event, ticket sales have already exceeded that of any Super Rugby match held here.

The V8 jetsprint races, the first to be held inside a stadium arena, are an innovation that it is hoped will boost the stadium's takings and mana.

Home of the Bay of Plenty Steamers, Baypark has hosted an array of events - concerts, rugby games, kapa haka and, of course, speedway, which currently accounts for more than three quarters of its use.

The 17,500-seat stadium (expandable to a capacity of 19,700) boasts the southern hemisphere's largest speedway track, but it sits as uncomfortably with punters as it does with the eye.

The grit and roar of speedway is not a natural fit with the flawless finish high-level sports teams require.