After the wet weather that’s been hammering the region this past week, the sun was out in full force for the Trillian Trust Rainbow World Cup 2017 at Bay Oval, Mount Maunganui.

The Cup marks the culmination of the GoGirl cricket development programme, which was delivered by the Bay of Plenty Cricket Association’s Cricket Development Officer Rebecca Yee during Term One.

The music was blaring and the pitch was action-packed, with 25 all-girl primary school teams taking part this year. As usual, the players displayed great sportsmanship and there were some very colourful costumes on display that perfectly reflected the theme of the Rainbow Cup.

While Tauranga Primary School came out on top, cricket was definitely the winner on the day with all participants giving the sport a go and having fun in the process. Congratulations to all that took part. 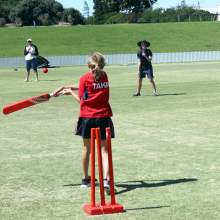 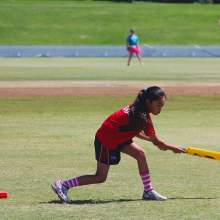 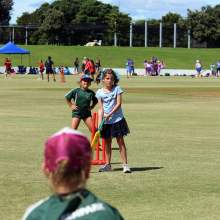 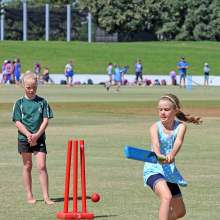 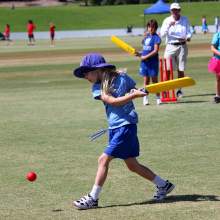