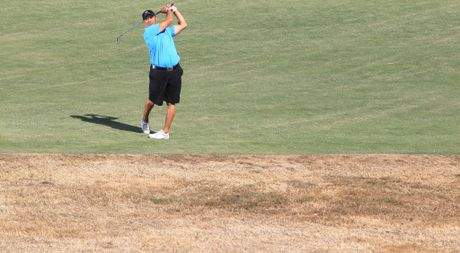 But golfers at Tauranga Golf Club have rejoiced at the reward of the club installing warm season grass, designed to handle the heat and requiring little water.

The bermuda grass, commonly known as "couch", was installed in the fairway areas of the course several years ago, in an effort to keep the grounds green.

Grounds superintendent Graeme Duncan said it was not affordable to install irrigation systems for the fairways, like their teeing areas and greens.

"You can imagine the cost of irrigating nearly 10 hectares. That was one of the main drivers, and there's less chemical usage, which is pretty good," he said.

With the summer's dry conditions, players had noticed the difference, Mr Duncan said.

"Some visitors say 'you must have fairway irrigation', they just can't believe how green it is," he said.

About 6ha of grass was installed at the club before Mr Duncan's time and he was not able to say how much it cost, however, it was considered much cheaper than irrigation.