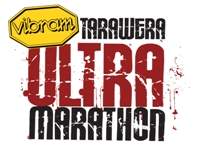 It’s a ridiculously long-distance running race on some of the most beautiful trails in New Zealand's North Island.

The 100 kilometre Vibram Tarawera Ultramarathon will be run on the magnificent bush tracks and forestry roads from Rotorua to Kawerau on Saturday March 16.

One of the world’s toughest endurance running races, it’s the brainchild of Paul Charteris. The Rotorua event organiser launched ‘the Tarawera’ 5 years ago and for many of the world’s best off-road distance runners, it has quickly become a ‘must-do’. “The quality of the field is amazing,” says Charteris, with a grin. “The 2013 Tarawera Ultra will be the most competitive long distance running event in New Zealand since the 1990 Commonwealth Games marathon.”  It’s a bold claim. “The race sold out months ago and the 430-strong field is stacked with the world’s best,” says Charteris to back this up. “The winners of nearly every major international ultra marathon race will be on the start-line.”

A lot of top Kiwi runners will also be in the field, defending local honour.

“The ultra-racing world is keen to see how 21-year-old Barefoot Inc sponsored, Ruby Muir from Napier will handle the distance”, continues Charteris. “She’s unbeaten – including winning her first ever ultra distance run when she stormed away from the field at the 2012 60k Kepler Challenge in Te Anau.”Muir is expected to receive stiff competition from Dunedin’s Anna Frost, widely regarded as the top female trail runner in the world last year. Frost’s Salomon Racing teammates, Emelie Forsberg from Sweden and Candice Burt from the United States will also be on the start line, along with Australia’s Beth Cardelli.

Cardelli won the last eight events she entered in her home country.

The top of the men’s field is a fleet-footed freight train of long-distance talent.

Mick Donges from Katoomba Australia is back to defend his 2012 Tarawera title against Christchurch’s Vajin Armstrong. The Kiwi finished second over the 100km distance the past two years and is keen to go one better. Colorado-based runner Anton Krupicka, who ran a relay leg at Tarawera last year, has already fired a warning shot, posting online that he’s coming back to New Zealand for the win.“This year, I’m looking forward to the technical trail between Humphries Bay and Tarawera Falls most of all,” says Krupicka. “The whole section from Okataina Lodge to the Falls will definitely be a highlight of the day, especially cruising at race pace.”

Other top runners to watch will be Brendan Davies, Australia’s ultra runner of the year and Timothy Olson, Jason Schlarb, Rickey Gates and Sage Canaday from the United States. France’s Francios D’haene and Greg Vollet lead the European contingent. Olson and D’haene won the two biggest races in the world during 2012. Olson won the Western States 100-mile endurance run in California in record time and D’haene won the coveted Ultra Trail Mont Blanc title in his home country, with over 2000 runners in the field. Canaday throws some freakish speed into the mix. A 2:16 marathoner, he has recently switched to ultra distance racing and became the United States 100km trail champion just last week.

For Race Director, Charteris, it’s been a dizzying few weeks.

“It’s like organising a local bicycle race and having half of the Tour de France peloton show up for the ride,” says Charteris, as he scoped out a section of the course in Rotorua’s world renowned Whakarewarewa Forest. “It’s humbling - and frankly, scary.”

Rotorua is renowned for hosting a number of international sporting events.

In 2006 the UCI Mountain Bike & Trials World Championship were in Rotorua and the Single Speed World Champs were held in the Whakarewarewa Forest in 2010. On race day, running shoes will replace wheels on many of the same trails. “A beautiful environment and superb athletes – it really is a recipe for a fabulous day of racing,” enthuses Charteris. “And with this sort of fierce competition, there will be a large national and international media following for this race. It will be a big week for the region.”

More details about the race are available at: www.taraweraultra.co.nz