More than 100 people will be attending a Taoist Tai Chi programme taught by international instructor Sean Dennison in Tauranga from July 10 till July 14 as they practise to improve the health of their body, mind and spirit.

The Taoist arts are practised by almost 1500 people in New Zealand and about 300 in Bay of Plenty. The Taoist Tai Chi Society of New Zealand is looking forward to celebrating its 30th anniversary next year, and the international organisation it is affiliated to, Fung Loy Kok Institute of Taoism, will be marking 50 years.

The Taoist Tai Chi programme in Tauranga is being held at Oropi Memorial Hall, 1295 Oropi Road, from 10am each day.

Taoist Tai Chi improves our body awareness and encourages us to straighten and strengthen our spines, which is something needed by many of us as we spend increasing amounts of time on mobile devices and in front of screens. 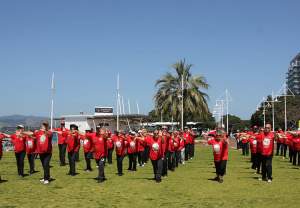 Taoist Tai Chi arts involve deep stretching with a full range of motion and continuous turning of the spine. They exercise the whole physiology including muscular, skeletal, and circulatory systems, as well as tendons, joints, connective tissue and organs. Rather than depending on tension and the development of hard muscle tissue, these arts develop a body that is relaxed and strong at the deepest levels. The gentle internal movements are balanced throughout the body and have a calming effect on the mind. Taoist Tai Chi arts are truly a moving meditation.