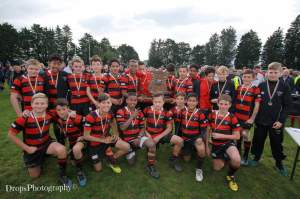 In an impressive final between Tauranga West and Te Puke, it came down to the wire but it was Te Puke who came out on top with a 26-21 win at the Tai Mitchell Tournament.

It appeared to be a game of two halves with Te Puke scoring from all areas of the field in the first half to lead Tauranga West 19-7 at half time.

The second half Tauranga West were impressive and their first five eight was superb under pressure securing conversions from all areas. With five minutes to play Tauranga West took the lead at 21-19. However a Te Puke converted try in the corner was to be the deciding factor for the 2017 Tai Mitchell Final.

In other results, Rotorua Maroon were commanding in their win over Rangitaiki to take home the Bill Murray Trophy with a 56-12 victory.