Over the past decade strength training in many sports and in the general public has grown significantly in its popularity.

In the athlete population this is largely to improve performance. In comparison, movements such as Crossfit and F45 have popularised lifting in high intensity workouts for the weekend warrior or regular “gym goer”, and are getting a section of our population fitter and stronger.

What is often overlooked are the benefits of strengthening for injury prevention. We know from research over the past 20 years that stretching provides no benefit in injury prevention, but the opposite can be said for strength and balance training. Strength training has been shown to reduce sports injuries to less than one third, and overuse injuries could be almost halved by adequate strength training. 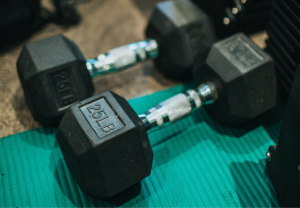 As a specialist sports physiotherapist one of the questions I am often asked is what age can I/my teenager lift weights? In the past it was thought that lifting weights when younger may affect growth and therefore it wasn’t appropriate to lift weights under the age of 16. Unfortunately, this premise is often still spoken about and, even if the negative effects are not considered, programming through schools and academies are largely age-based. This is where many go wrong.

Appropriate strength training should be based on movement competency. As one great saying goes, “Move well then move often.” This is appropriate for strength training as well as exercise in general. Whether you are 14, 20 or 40, if you lift weights with poor technique you will increase your likelihood of developing issues, and you won’t benefit from the injury prevention aspect to the extent you otherwise will with good technique.

This isn’t just relevant for the sporting population. Strengthening is for anyone. An example is in our aging population. We know that the risk of osteoporosis and subsequent fractures can be hugely influenced by strengthening. The population involved determines the type of strengthening appropriate, but no matter your age you can get stronger. Load can be as simple as bodyweight, the addition of one or two kilograms or, at the opposite end of the spectrum, heavy resistance in the gym.

If we look at our serious sports injuries, the cost is financial, mental and physical to society, as well as the individual and family involved. It therefore seems a “no brainer” that in our increasingly sedentary population strengthening should be a part of all athlete’s lives and a growing part of our general population’s weekly activity.

Jacinta Horan works with High Performance Sport New Zealand on campaign roles in the Youth Olympics, World University Games and the 2020 Tokyo Olympics. She is currently the director and lead sports physiotherapist with Bureta Physiotherapy in Tauranga.

Jacinta will be running Minimising Injury to Maximise Training Potential workshops for coaches, athletes and parents of athletes across the Bay of Plenty in February and March 2021. The workshops include information on warm-ups, injury management, differences for female athletes, load management, sleep, hydration and recovery, as well as some practical learning on strapping techniques.

Register for a Minimising Injury workshop