SportsTalk: Weekend of rugby league ahead 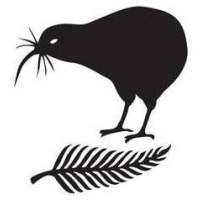 With 16 teams entered, 250 students and 500 expected spectators, it is set to be a full-on day of fun for the kids! The festival will be promoting the upcoming RLWC with NZRL attending and helping market this event on the day. Kick-off starts at 9.30am.

Then, this weekend will see Puketawhero Park buzzing with the Grand Finals this Saturday and Sunday. This season, both Bay of Plenty District and Coastline Rugby League Boards combined to facilitate a competition for the U14, U15, U17, Reserve and Premier Grades. The U15 grade also had the addition of Waikato Clubs.

Pacific Sharks will compete in the U13, U15, U17, Reserves and also Premier Grade. This is huge achievement for the Sharks having these four teams earn a spot in some closely fought encounters in last weekend’s semi.