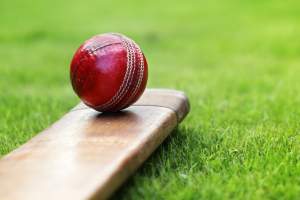 If, like me, you enjoy watching high-level sport, then the upcoming cricket season at Bay Oval is sure to deliver.

On January 1 and 3, the West Indies compete with the Black Caps in the final two matches of a three-match T20 series. These matches also start at 7pm in the evening, allowing those who love to go to the beach during the day to head to Bay Oval in the evening.

In mid-January, Bay Oval hosts six pool matches from Group A and Group B of the U19 CWC. The teams to play those matches include New Zealand, West Indies, India, Australia, South Africa, Papua New Guinea and Zimbabwe. These matches will be a great opportunity to see the stars of tomorrow competing in this format.

The final of the U19 CWC will also be played at Bay Oval on February 3. All these matches are scheduled to be under lights and there is free entry for all U19 CWC matches.

On January 28, Bay Oval hosts the third T20 between Pakistan and New Zealand. Again, this series is shaping to be a showcase for the new generation of international cricketers. There is little doubt that the T20 format is an exciting one with real appeal, due to the shorter duration of the games, the hard hitting and target chasing that it brings.

Our White Ferns also have an exciting series of ODIs and T20 matches against their West Indies counterparts during March 2018, but as yet those games have not been allocated.

The continuing development of Bay Oval as an international venue means that we in the Bay get to watch the very best players the game has to offer and with the advent of world-class flood lighting this situation will only improve further.

The western embankment at Blake Park has also been developed over the last few months into an area where there can be more people and with much better views of the park.

The Bay of Plenty cricket community will enjoy world class sport during 2017/18 for sure!