SportsTalk: Representative success on the rise 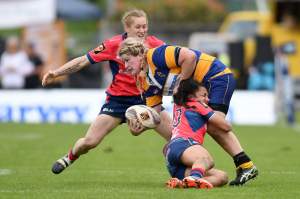 Over the past three months, the various Bay of Plenty age group representative sides have been excelling on the Northern region stage.

With the various competitions now coming to a close, it’s clear that we have a defined pathway from our Under 13s all the way to our Steamers High Performance Programme.

The success is hopefully set to continue for our junior representatives with the annual Roller Mills tournament knocking on the door. Our Roller Mills team is made up of our best under 13s and under 57kg talent who represented their respective Tai Mitchell teams at the tournament held in July.

Our Under 16 team achieved some positive development, despite a number of serious injuries affecting their selection. The side wrapped up their season in third place after falling short to Taranaki 22-12. A number of prospective young talents have been unearthed that we hope to see develop in the coming years.

Our Under 18 Boys’ team have combined well for their short season. Lacking players from our two boys’ schools, the side focused on developing an expansive style for the young side. A number of players have been putting their hand up for the Bay of Plenty Academy and Under 19 selection next year and this will be further proof of our strategy to develop local talent into our high performance pathway.

Our Under 18 Girls’ representative team have again been dominant in their division, making their fourth final in five years. Unfortunately they fell at the last hurdle to a very strong and sizeable Auckland East team over the weekend. The success of this team continues to develop and lend a positive platform for their development and progression into the Volcanix.

The highlight of this season undoubtedly has been the rise and success of the Volcanix team in this year’s Farah Palmer Cup campaign to date. Creating history in their first match up against Auckland when they held the 2016 finalists to a 10-10 draw, the Volcanix have gone from strength to strength under Coach Brendon Webby and assistants Zane Winslade and Mike Lewis.

Wins over Hawke’s Bay, North Harbour and Tasman have placed them at the top of the Championship table. Only conceding a close two point loss against their premiership neighbours Waikato, they still remain top of the table and are likely semi-finalists with only one round robin game remaining against Otago.

The Bay of Plenty Under 19s last month competed at the Jock Hobbs Memorial Tournament in Taupo. The side entered the tournament unbeaten and therefore seeded in first position within the Chiefs region. In a tantalisingly close first up match against Canterbury, the 2 point loss was to be only loss of the tournament and for the season.

Bay of Plenty Steamers are tinkering on the edge of semi-finals with two games remaining, the first against long-time rivals Otago and big brother Waikato. We hope to see the side find their form and finish strongly to secure a spot in the Mitre 10 Cup Championship semi-finals.