Over the recent school holidays our Bay of Plenty Under 15’s Girls’ team kicked off what we hope to be another successful year on the rugby field. They competed in the Northern Regions Under 15 Girls’ Tournament in Pukekohe, and went through pool play unbeaten. After a tough battle against Auckland, in the final our girls finished second.

The podium finishes have only continued with our Black Ferns Sevens and All Blacks Sevens players claiming back to back World Rugby Sevens titles in San Francisco. We couldn’t be prouder of all our Bay of Plenty athletes and coaching staff involved. 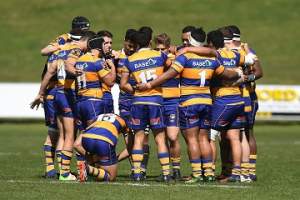 Alongside New Zealand Rugby we recently announced we will be hosting a Game of Three Halves, featuring the current Rugby Wold Cup Champions the Black Ferns, our very own Farah Palmer Cup Championship title holders the Bay of Plenty Volcanix and Farah Palmer Cup Premiership strong holds the Auckland Storm. The match will see the Black Ferns battle against the Bay of Plenty Volcanix for 40 minutes, followed by 40 minutes against Auckland Storm on Saturday 11 August at the Tauranga Domain. The third ‘half’ will then see the Volcanix go up against Auckland ahead of their Farah Palmer Cup season kicking off.

The Bay of Plenty Volcanix this year have been promoted into the premiership division. The upcoming Farah Palmer Cup will showcase their talent over a number of thrilling matches this year – including rivalry matches between neighbouring teams. Their season kicks off at home on Saturday 1 September at the Tauranga Domain, with their first match being the 2017 Farah Palmer Cup Premiership Champions Canterbury – an intense battle you won’t want to miss!

The Bay of Plenty Under 19’s squad that was announced earlier this year, and will continue to train over the coming months as they prepare for the 2018 Jock Hobbs Memorial Tournament in Taupo this September. The current selection will then be reduced to 25 to compete at the national tournament.

We hope to see the Bay of Plenty community supporting our representative teams this year as they look to continue to proudly representative us wearing the blue and gold hoops.