SportsTalk: Netball is a-plenty in the Bay 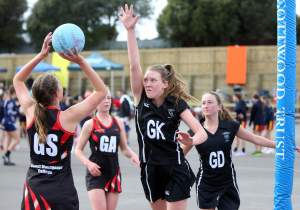 Get ready – the 2018 Netball season is almost upon us at all levels of the game, and we have a lot of action to look forward to in the Bay of Plenty.

The Netball WBOP Zone and Netball Centres are hard at work behind the scenes to make sure our game is well looked after, and to ensure we are providing quality events and opportunities for everyone taking part in the game we love.

Here’s some of the upcoming action heading our way:

Upper North Island Secondary Schools (UNISS) Netball Tournament will be proudly hosted by Harbourside Netball Centre in Mount Manganui, from Monday 3 September through to Friday 7 September. Head along for five action packed days of secondary school netball and see our up and coming stars of the game.

The Netball NZ U19 Champs will take place on Monday 9 July – Thursday 12 July at ASB Baypark Stadium in Tauranga. This tournament is a great pathway for players, coaches, umpires and other officials to gain experience at the next level.
Our WBOP Beko Team play their third home game of the national League on Sunday 10 June at Rotorua Girls High School. This game will start at 12.10pm and is a gold coin donation to attend. Be sure to come along and watch our future Magic players take on Mainland.

The Waikato Bay of Plenty Magic are coming to ASB Baypark Stadium in Tauranga on Wednesday 13 June to take on the Northern Stars, and to Energy Events Centre in Rotorua on Wednesday 18 July to take on the Northern Mysitcs, for our second and fifth home games of the ANZ Premiership. Both games will start at 7.45pm. Get your tickets at www.netballmagic.co.nz, be sure to keep an eye out on our social media for event updates.

The Silver Ferns are coming to town on Tuesday 18 September to take on the South Africa Proteas at ASB Baypark Stadium in Tauranga. This match is part of the Quad Series and is sure to be a cracker. For event and ticketing information, head over to www.silverferns.co.nz

If you are interested in being involved in netball in the region either as a player, coach, umpire or volunteer, head over to www.netballwbop.co.nz to check out our 25 awesome netball centres who would love to hear from you, or call us on 07 858 5396.

If you are interested in being involved as a volunteer at any of the events listed above, please contact Ashley Livingstone at Ashley.livingstone@netballwbop.co.nz