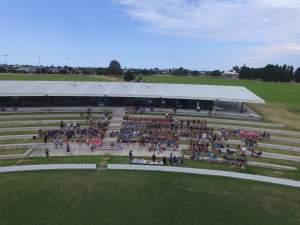 There will be plenty of action at Bay Oval this summer – and all under lights!

If, like me, you enjoy high-level international sport then in terms of cricket this year, your cup is full to overflowing.
We have six matches under our new lights, starting December 16 through to the end of February.

In addition, there are the matches in the U19 CWC to view, all also under lights. These take place in early January and the final is here in early February. Admission to Bay Oval for these matches is free of charge.

Speaking of quality cricket, our sport was well-represented at the 2017 Bay of Plenty Sports Awards evening in Rotorua recently. What a great evening with a very able master of ceremonies, Chris Key from The Crowd Goes Wild. Many thanks to those from Sport Bay of Plenty who organised the evening. 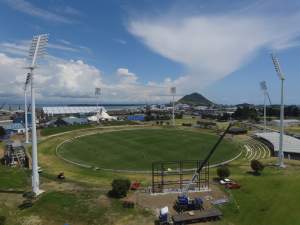 On the local front, we held a hugely successful Go Girls Festival Day for our Year 4-6 girls on November 30. We had 32 teams of six participate in this fun day and it was great to see the enjoyment that was a feature of the day. It is hard to believe but almost 200 girls were present at Bay Oval that day.

Congratulations to all who took part and to the organisers in our team.

The continuing development of the Bay Oval can be seen clearly now. The lights are up and running, and fully tested. Media towers are being developed further, and the new replay screen is under construction and will be ready in time for the first night game.

It is tournament time in cricket land now and many Bay teams are heading away to test their skills against other district association teams.

Our best wishes go to all teams for a successful tournament and safe travels to and from.

From all at Bay of Plenty Cricket Association, we would like to take this opportunity to wish everyone involved in sport a happy festive season and great results in 2018.