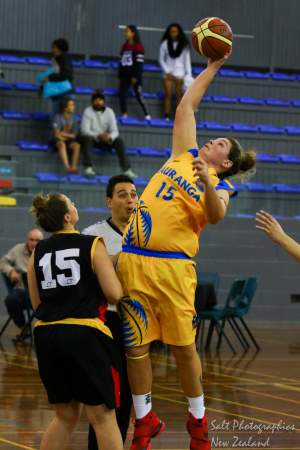 The last two months have highlighted to me how basketball is truly a global game that provides numerous opportunities.

At the international level, the Tall Blacks finished fourth in the Asian Cup (in Lebanon) and the Tall Ferns finished sixth (in India).

At age group level, the New Zealand Under 17 Boys’ squad travelled to the Philippines in July for a tour and games there. This squad will select a team to participate in the Asia qualifying event in China later this year, with the aim of qualifying for the World Champs in 2018. The Under 17 Girls’ side will travel to India for their qualifying event in October. Under 18 sides competed in Oceania events in Guam and Under 16 sides were sent to Australia.

Tauranga hosted the NZNBL finals weekend in June, which saw the top four teams in the semi-professional competition battle it out. Teams included players from Australia, Guam, Holland and the USA, as well as the New Zealand players. The Wellington Saints won the final and completed an undefeated season.

On the women’s side of the game, the WBC (Women’s Basketball Championship) finals weekend was played in Christchurch. Again, teams included overseas players from countries such as the USA and Canada. The Bay of Plenty was represented in this competition by young sides from Rotorua and Tauranga.

During August, three US first Division colleges have travelled to New Zealand for a series of games. Tauranga was represented in a WBC All Star team by Makayla Daish in a game against the University of California Berkley.

Tauranga players Josiah Albert, Jeremy Macintosh and Dion Collins got to play in a NZ Breakers selection that played the University of Wisconsin in Tauranga. Sam Smith, a Tauranga-raised player currently on a scholarship in the USA, also got to play.

Just completed this week were seminars in Rotorua and Tauranga run by US-based Custom College Recruiting. These seminars outlined the various scholarship opportunities for basketballers in US Colleges.

Tauranga City Basketball has also had great results at National Championships with top eight finishes for Under 15 and Under 17 Boys’, a fourth for the Under 15 girls’ and a second place for the Under 23 Women. Tournaments for these teams were held in Dunedin, Wellington and Porirua.

The above achievements are just a sub-set of the numerous and ever-growing opportunities basketball now presents Kiwi players. I’m sure these opportunities are contributing to the huge increase in participation that we are experiencing.