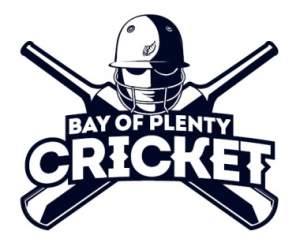 The Bay Oval was a sea of colour last Sunday as Bay of Plenty Cricket hosted the inaugural round of the Northern Premier League (NPL).

The NPL is an innovative new women’s competition developed by Northern Districts Cricket designed to breathe some life into what is generally seen as a male, pale and stale sporting code. Each NPL game is an event in its own right with live music and inflatable attractions for children creating a festival type atmosphere.

The NPL brand has strong presence on social media along with the brightly coloured uniforms and teams named Sonic, Power, Velocity and Galaxy, all of which is designed to appeal to a younger female audience.

Bay of Plenty Cricket will run its own version of the NPL early in 2017, targeted at intermediate aged girls. The idea will be the same – making cricket fun and appealing to young females. The Junior NPL will also build on the success of the Trillian Trust GoGirl programme and act as the next stepping-stone in our female player pathway.

The work we are doing to increase female participation has been recognised nationally, with our Women’s Development Officer Rebecca Yee picking up a New Zealand Cricket Community Award for Best Female Engagement strategy.

Males have not been totally forgotten about with Bay of Plenty Cricket running a Baywide College T10 Shootout event in March 2017. The T10 Shootout has been created to meet the needs of this particular demographic - requiring minimal time commitment, lots of action and involvement, modified rules to increase participation and maximize the fun stuff – hitting sixes and taking wickets.
Each innings in the T10 is 10 overs so there is no time to play yourself in, it’s all go from the first ball! Teams will play four games in a day with prizes and a trophy on the line for the best performing side.

The global success of T20 cricket has taught us that we need to be innovative and adaptable if we want to stay relevant. Young people have so many different options when it comes to choosing how they spend their recreation time. The challenge for cricket is to make itself an attractive option and hopefully the NPL and T10 concepts will be a significant step towards achieving this.