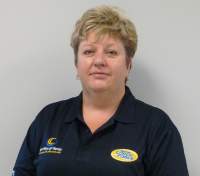 Bay of Plenty Badminton is just one of 25 associations across the country, but based on population we are the seven largest.

We punch well above our weight when it comes to the number of representative teams that we enter into national competitions, when compared to the larger associations. Bay of Plenty is also one of the leading associations in the country for delivering player and coaching opportunities to all individuals in our community.

What people don’t realise is that badminton is now one of the top five most participated sports in New Zealand – higher than football, cricket and netball (Research was done in 2016 by The Gemba Group, a research company which monitors the ever-changing world of sports and entertainment). It is also the second most-popular participation sport in the world.

In Tauranga we are struggling to hire venues big enough to accommodate the number of players that are also badminton friendly. While Tauranga has a number of halls (both community and schools), the majority don’t have enough badminton courts, are painted the wrong colour and the lighting is not conducive to badminton – plus the availability of these halls in a growing city is somewhat limited as the demand for indoor space is rising.

Because of the significant growth that we are experiencing, we are at the point where we need a regional fit-for-purpose badminton facility to continue this growth. We were made aware that Tauranga Bowls were also looking for a home and so developed a relationship/collaboration with them to include them in a new building.

We had been working with the Bay of Plenty Polytech, but with the merger with Waiariki Polytech (now Toi Ohomai), this project stalled. We have now gone back to Tauranga City Council and are currently working with them under the new Spaces and Places strategy to get a piece of land earmarked for a new facility.

Since the Polytech merger, we also identified that Parafed required a home. Badminton has now been included in the Paralympics so the synergy between our two organisations makes collaboration a no brainer. Parafed offer sports such as Wheelchair Basketball and Rugby, Badminton, Bowls and Bocha.

Ideally we would like to look at a Sports Hub facility that houses badminton, indoor bowls and Parafed. Each organisation would have a code-specific area that suits their sporting needs 100%, but we would share common amenities i.e. bathrooms, changing rooms, kitchen, social space, storage space and car parking.

We are hoping that both the Tauranga City Council and the community will support this project.