Bay of Plenty Golf has scored a major coup in securing the hosting rights of the North Island Men’s and Women’s Strokeplay Championships.

These events are just one rung below the National Championship on tournament ranking and will be played in conjunction with the Bay of Plenty Open at Whakatane on 14-16 September.

Bay of Plenty Golf and Whakatane Golf Club will manage the events on behalf of New Zealand Golf. 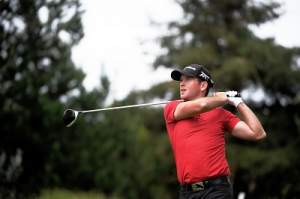 The North Island Men’s Strokeplay was first competed for in 1938 and, apart from a break during the war years, the 2018 event will be the 90th staging of the fixture.

Past winners are a “who’s who” of New Zealand Golf but more recently include the likes of Ryan Fox, Danny Lee, Josh Geary and Mark Brown. Apart from Lee and Geary other recognisable BOP names on the trophy include Mike Nicholson, Owen Kendall, Mark Smith, Eddie Burgess and Bradley Iles.

The inaugural North Island Women’s Strokeplay only took place in 2008 with Dana Kim winning during the event at Whakatane Golf Club. Following Kim, the next winner was Lydia Ko winning the first of three in a row as a 13-year-old.

The Bay of Plenty Open Championship has been the flagship event for our province since its inception in 1960, and for many years was run by the host club Whakatane on behalf of Bay. In recent years Bay of Plenty Golf have joined forces with Whakatane to run the event.

The event has always been a major focus to raise the profile of this fixture, and the shift from provincial to national status will certainly help achieve this. Top amateur players are forever trying to lift their ranking as part of their pathway in golf and this will ensure excellent fields assembling at Whakatane in September.

The representative calendar only gets serious from September on as the 14 New Zealand provinces go about selecting their teams for traditional inter-district matches that provide a lead-up to the Toro Interprovincial events at the end of November and early December.

Players endeavouring to make their respective six player Toro teams will see Whakatane as the perfect opportunity to make an impression on their selectors as well as earning important amateur ranking points.