SportsTalk: Coach of the Year 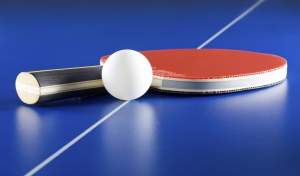 Jessica Macaskill’s phenomenal efforts in 2016 were awarded with a Coach of the Year award at the Table Tennis New Zealand Awards.

Locals will have been well aware of her efforts in coaching and mentoring juniors, but word is spreading far and wide of her talents. Jessica, from Rotorua, is a qualified as an ITTF Coaching Course presenter, making her a valuable resource for the region, and was recently named joint NZ Junior Girls’ Coach. She was unable to receive her award in person as she was doing development work in Tonga for the Oceania Table Tennis Federation

Jessica has been busy in the community and recently ran an introductory robot session at Kea St Special School in Rotorua and then assisted with the introduction of table tennis at the Junior Disability Games in Cambridge.

The Bay of Plenty is also very fortunate to have Paul Henderson driving many local initiatives, including several in the disability sector. Paul has added junior coaching sessions to the regular club activities at Table Tennis Tauranga with some excellent results. With support from Kiwisport funding via Sport Bay of Plenty he also offers coaching in smaller schools away from the city centre

BOP junior teams performed well at the recent TTNZ Nationals, with the Boys’ Under 15 team of Lucas and Drew Tilsley, Xavier Lea and Matthew Slade finishing fourth overall and third amongst New Zealand teams. The under 13 boys finished seventh and the under 13 girls sixth. The Tilsley brothers provided the highlight in individual events with a silver medal in Under 15 doubles.

Former NZ representatives David Kilmister and Calvin Kwong lead the men’s team to bronze in B Grade and eleventh place overall, while Kilmister and David Jarvis took BOP to third in the over 45 division.