SportsTalk: Be part of the World Squash Championships 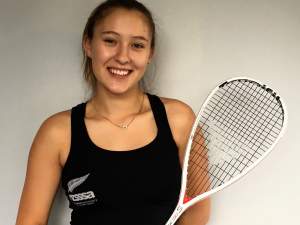 Have you heard? The World Junior Squash Championships is being held in Tauranga on July 19-29, 2017.

It’s not often a World Championships event is available to us on our back doorstop, so we’re going all out to make our mark on the event and get the Bay of Plenty community involved – to be great ambassadors not only for squash, but also our region.

About 250 athletes, representing 20 nations, will embark on the city for the World Championships. It’s expected 8000 fans and supporters will be watching the action courtside, with thousands more tuning into the livestreaming feed to watch from afar.

Squash Bay of Plenty’s role is to promote squash, so what a great advertisement this event is for our sport locally. You can check out the Championship promo here.

Three Bay of Plenty teenagers are part of the New Zealand Elite Squad vying for positions in the New Zealand team. Nadia Hubbard (Lakes High Squash Club), Camden Te Kani-McQueen (Geyser City Squash Club) and Glenn Templeton (Katikati/Devoy Squash Clubs) have been training hard and will be competing in selection tournaments during the next few months to try to cement their spots in the team. They’re also juggling life as students with hectic training schedules and tournaments in preparation.

Three Bay of Plenty Squash Clubs are also working together to co-host the event: Devoy Squash & Fitness Centre (Tauranga), Te Puke Squash Club and Mt Maunganui Squash Club and many other of the 18 clubs in the Bay of Plenty are lending their support through volunteers to make this the best World Junior Squash Championships ever. A full glass squash court is being erected in the Queen Elizabeth Youth Centre, Tauranga, adding to the spectacle of the event.

Squash in New Zealand has a proud and rich heritage since beginning in the early 1930s. It is now played all around our beautiful country in almost every town and city. Being compact, indoors, low cost and easily accessible, squash is suited to today’s fast moving world and every week tens of thousands of people play squash or experience our sport.

We know that sharing the love of squash isn’t always easy, but we dare to dream big and are audacious in our ambitions. Squash is on the move and our vision is ‘Growing at Grassroots’ and ‘Going for Gold’.

We look forward to seeing our Bay of Plenty youth in action during the Championships and we’re confident that after this event many more people will take their first steps on the court – and love it.

Click here for more information on the WJSC event.