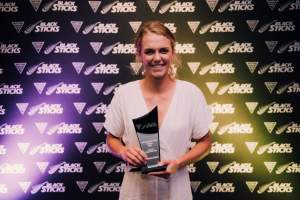 The 2018 hockey season is now underway, and it started with the re-emergence of the Baywide Men’s and Women’s competitions that were last played in 1999.

A prominent feature in the hockey calendar throughout the 1990s, the 2018 edition saw 11 teams from Tauranga, Rotorua, Whakatane and Taupo participate in a five-week round robin pre-season competition to prepare for the season ahead. All final round games took place at the Tauranga Hockey Centre and there was plenty to play for in both competitions.

On the women’s side, the final game of the competition saw CMS Mount Maunganui taking on the Aces Women from Rotorua with the latter needing to win to take out the title. In a hard-fought game, CMS Mount Maunganui prevailed 3-2 to be the first team to put their name on the trophy in 19 years.

The men’s competition saw the peculiar situation of three teams, Aces Men, Tauranga Old Boys and Bay of Plenty Indians finishing the competition on 12 points. The trophy was determined by points differential with Aces Men claiming the spoils after being ahead of their nearest rival by 12 goals. It’s hoped this competition will attract more teams and continue well into the future.

Both the Tauranga and Bay of Plenty Hockey Associations have been busy in the lead up to the season with local development officers delivering Small Sticks school visit modules to 18 schools across the region. These have been well received and led to a further increase in player numbers at the primary school level.

Finally, we must congratulate the Women’s and Men’s Black Sticks teams for winning gold and silver at the Commonwealth Games in April. Both associations were well represented with Samantha Charlton, Rose Keddell, Frances Davies, Amy Robinson (all Tauranga) and Shiloh Gloyn (Taupo) part of the gold medal squad.

Congratulations also to Frances Davies, who was name Hockey New Zealand’s Under 21 Player of the Year at their annual awards evening in April.