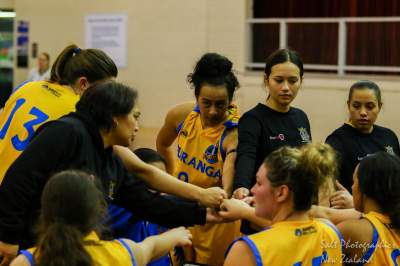 The 2017 New Zealand Secondary Schools Sport Council census shows basketball is now the third most popular sport in the Bay of Plenty, with a whopping 78% growth over the past four years.

Basketball is also the third most popular sport across the nation and is expected to be number one by 2020.

It has been a great start to the year for basketball in the Bay. In January, Rotorua hosted the New Zealand Maori Nationals with more than 200 teams participating from around the country.

During the summer we had 3x3 events happening around the Bay of Plenty with growing numbers involved – these events look certain to continue to grow in popularity and scale.

The representative programmes are currently underway, with Tauranga City Basketball holding a record number of teams (20). Twenty-seven teams (including seven Rotorua teams) will represent the Bay of Plenty at the Mel Young Easter Basketball Classic, which is once again being held in Tauranga.

As part of this development event, Hall of Fame US Division One College Coach Jim Foster and Chairman of the World Association of Basketball Coaches Patrick Hunt will deliver coach and player education, while John Martin FIBA Referee Educator will lead the referee education.

Previously this event has been held in Auckland, so it is great to see the growth happening and the event staying in the Bay again this year.

May will see the Basketball New Zealand’s Women’s Basketball Championship in Tauranga. This programme now has three tiers, with Tauranga being one of eight teams in the top division. Twelve teams will play in Tauranga from 4 to 6 May.

Pathways and possibilities for New Zealand’s basketballers, both male and female, continue to grow. It is great for Tauranga city and the wider Bay of Plenty, that basketball is able to bring some of these opportunities here and bring the economic spin-offs from hosting events.

I hope you get the opportunity to come and support the local sides playing here in events throughout the year.