We are now halfway through the hockey season and there has been plenty happening for both the Tauranga and Bay of Plenty Hockey Associations.

The season started with the Baywide pre-season club competition which culminated with a final’s day held in Whakatāne. CMS Mount Maunganui were victorious with a strong win over Whakatāne in the women’s final, while the Rotorua Aces just edged Tauranga Old Boys in the men’s finals winning via a penalty shootout.

The Midlands Club Intercity Competition is now well underway and there are a couple of local teams who are still in contention to push for the title. Both the Rotorua Aces and CMS Mount Maunganui have qualified for the top 5 and are well on track to earn a semi-final place in the women’s competition. The Rotorua Aces are currently sitting in the top 6 of the men’s competition and they will be hoping for a strong finish to the season to qualify for the semis which are scheduled to take place on Saturday 3 August.

In representative hockey, both associations were represented in the men’s and women’s under 18 association tournaments that took place over the July school holidays with teams finishing as follows: 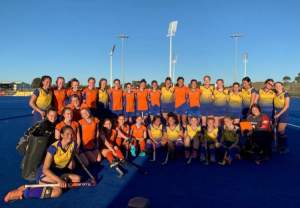 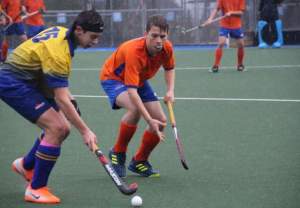 There were 16 players that represented the Midlands Association at the National under 18 Regional tournaments with both the men and women’s teams finishing 5th.

Trials for the Tauranga/Bay of Plenty Senior Men’s and Women’s teams have been completed with both heading to the National Senior Tournament which is taking place in Tauranga from 15-21 September. Both teams will be looking to build on the success they had at last year’s tournament and should be well supported given it’s being played at home.

Running alongside the National Senior Tournament is the National Hockey League which is taking place from 14-22 September. This is New Zealand’s premier domestic hockey tournament that will see the best players from around the country converge on Tauranga to be crowned the best hockey region. Midlands will be representing both Tauranga and Bay of Plenty at this tournament and the home support should give them a boost to have a successful tournament.

Tickets for this event are now on sale so don’t miss out on witnessing some of the best domestic hockey that our country has to offer. To purchase tickets, go to dashtickets.co.nz.