These started with international referee Stephen Gillespie from Australia running basic umpire and referee courses at QEYC in late January. At these courses Warwick Catto and Jessica Macaskill qualified as referees and this duo, plus Georgina Neville and Paul Henderson, completed their umpire qualification. Others can complete their qualifications later this year. 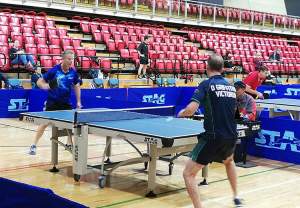 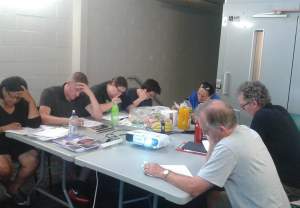 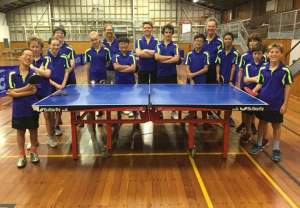 The TTNZ Veterans Championships returned to the Taupō Events Centre over Easter, with 17 Bay of Plenty players entered, and Tauranga’s Lesley Gardner the Over 60 Champion! The test match New Zealand v Australia was competitive with the latter winning 32-28.

We look forward to the TTNZ Country Clubs tournament in Taupō on Saturday 22 June. This popular social event blends casual and competitive table tennis with three grades catering for players of all ability from all over the North Island.

Our local season highlight comes in early September when Memorial Hall hosts firstly the NZ Secondary Schools Championships, then AIMS Games, and then the Bay of Plenty Open on September 14 and 15. During this period Grant Wilson returns to conduct more coaching courses focusing on schoolteacher level, and a para table tennis clinic on the opening day of AIMS Games.

Paul Henderson is driving a schools project in Western Bay of Plenty well supported by Kiwisport funding fro Sport Bay of Plenty to have more and table tennis sustainably played in schools.

Table Tennis Tauranga, based at QEYC, offers a range of sessions to cater for all including those preparing for Bay of Plenty Schools Championships on June 27 (individuals), August 6 (intermediate teams) and August 13 (secondary teams). Any enquiries can be directed to jlea@xtra.co.nz