Winter is here for canoe slalom, and several top athletes have headed to Europe to race in the Canoe Slalom World Cups and World Championships. 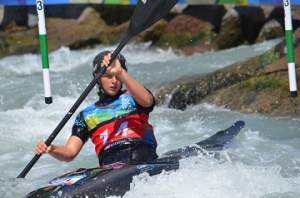 Mike Dawson competed in the kayak but was unwell so had to pull out.

Damian Torwick, Courtney Williams, Callum Gilbert, Zack Mutton, River Mutton and Jack Dangen all made it to the semi-finals. In his final year in the under-18 division, Rotorua’s Zack Mutton progressed into the finals and placed fourth – just shy of third place after a two second penalty for a touch. Mutton’s younger sister, River, and fellow Rotorua paddler George Snook then competed in the new extreme slalom event. River Mutton placed third in the finals.