We’re into the heart of the winter season with more than 14,000 senior, youth and junior players, their coaches, hundreds of referees and countless supporters getting their football fix every week.

Bay of Plenty teams currently lead WaiBOP’s top men’s and women’s leagues. While there are still several months to go, Flying Mullet Papamoa FC are in pole position in The Soccer Shop WaiBOP Premiership, for men, while Tauranga City and Tilemax Papamoa FC top The Soccer Shop WaiBOP W-League. Both are relatively competitive leagues and we congratulate these clubs, along with all the other competitors, on their efforts so far. 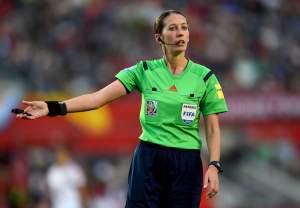 Much of the international football interest is presently focused on the FIFA Women’s World Cup in France. The Football Ferns competed well against top opposition before falling at the group stages but there was another largely kiwi team in action that probably haven’t received quite as much publicity. Referee Anna-Marie Keighley and Assistant Referee Sarah Jones, both based in the WaiBOP region, are part of a three person Oceania referee team and, at time of writing, have already taken charge of two matches. Look out for them as the tournament progresses through the knock-out stages.

Looking forward, term 3 will be the time to start thinking about futsal again. An exciting opportunity is on the horizon for junior futsal in the Western Bay of Plenty, in particular, with the sport becoming totally club-based in the term 4, 2019 season.

Up until now we’ve had a hybrid model where social teams and several futsal clubs could enter WaiBOP’s junior futsal leagues. This model, while serving its purpose well as the sport developed, has now passed its use-by date, and so the decision has been made that moving forward junior futsal will now be run in a similar way to junior football. This will see players registering to their futsal club, clubs entering teams into WaiBOP run competitions, and clubs assigning players to their teams.

Currently there are five futsal clubs in the Tauranga area – Bethlehem College Futsal, Blue Rovers Futsal, Otumoetai FC Futsal, Papamoa FC Futsal, Tauranga City Futsal – and we hope there will be a few more come the start of the summer. Players looking to participate in futsal should approach their local club for more information.

For more information about football and futsal in the Bay of Plenty and wider WaiBOP region, please visit us at www.waibopfootball.co.nz