Sports Talk | Netball in the Bays

The 2018 Netball Season was action packed from grassroots, through to high performance, and everything in between.

We would like to thank everyone from the Bay who has been involved either as a coach, player, umpire, volunteer and even as a supporter. You have made 2018 a season to remember. 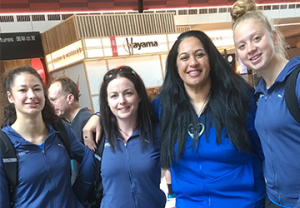 Netball may have finished for some, but not all. A special mention to Mary-Jane Araroa (Whakatāne) and Khiarna Williams (Trident High School), who were both part of the 2018 WBOP Beko Team who have just returned from a week-long camp in Canberra with the New Zealand Secondary Schools Netball Team. Mary-Jane was appointed as head coach of the team for the second year running, with Khiarna being named for the first time this year. An outstanding achievement by both and we are all very proud of you.

As always, there is still plenty on the horizon in the netball world so be sure to note down these key dates:

If you have any great stories or pictures from your netball season, please send them through to via the link below as we would love to see and hear what has been happening throughout the season.

Send in your netball story