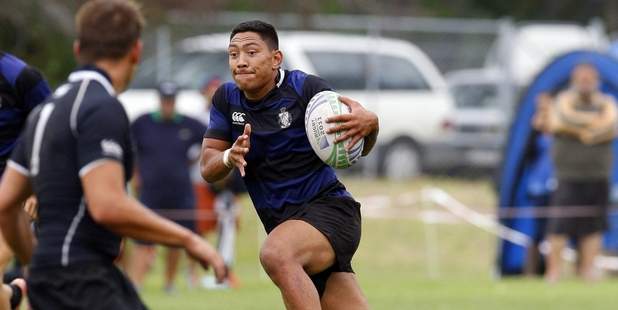 Bay of Plenty clubs' stranglehold on the Mount Maunganui Sports Club sevens tournament has come to an end at the hands of a hot-running North Harbour Marist side at Blake Park.

The visitors, a class act all day under overcast skies, spotted Rangiuru a 15-0 lead in the final before reeling them in courtesy of a host of flyers taking turns scorching Sir Gordon Tietjens Field.

The final score of 33-15 was a fair reflection, but tells only part of the story of an engrossing contest.

Three quick unanswered tries in the opening half saw Rangiuru in control, but still vulnerable due to their inability to land tricky conversions.

The defining moment of the match came just before halftime when standout Elijah Nicolas injured an ankle attempting to secure the ball deep in opposition territory.

This year's new boys on the block in premier rugby - who knocked out defending champions Rangataua in the semifinals - lost their way a touch without his steadying influence, with a try on the halftime hooter somehow closing the margin to just eight points at the break.

The second half was like a Marist procession, with kick-off after kick-off recovered before the wheelmen out wide blew away the tired cover.

Victorious coach Matt Lumsden praised the effort of his players before singling out man of the match Ben Paltridge as one to watch in the future.