Sam Munday, a 19-year-old sport climber from Rotorua and a 2018 BayTrust Athlete Scholarship recipient, recently returned from overseas competition where he gained some rock-solid experience and a hunger for more climbing on the international stage.

Below Sam gives us an insight into his climbing career so far, as well as sharing his top four climbing locations around the Bay of Plenty.

I got into climbing when I was about 13 years old in Year 9. An older student was offering free lessons as part of his Duke of Edinburgh bronze. My friends and I started and soon fell in love with it, and I’m still very close with the guy who offered those first lessons. Climbing is a very social sport and people are lovely and kind (as you should be when you often depend upon each other in order to not die!), and I have made lifelong friends from all over the world as a result. 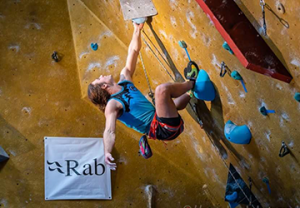 Climbing disciplines
There are three main disciplines in climbing: lead, speed and bouldering.

Lead climbing is done with ropes, and is judged on distance/progression through the route. You have a maximum six minutes on the climb and once you fall your attempt is over. When there is a tie (very rare) climbers are judged on their previous climbs, and then time. Climbers need good endurance to climb up to 15 metres through a difficult route.

Bouldering is solo climbing at low heights (under six metres), and crash mats are at the base of the 'boulders'. You have either four or five minutes, and as many attempts as you like, to secure as many 'zone' and 'top' holds as possible. Top holds are worth more and attempts are counted. Ideally you would climb to the 'top' hold on your first attempt. Bouldering is very physical and involves many big jumps and throws as you can have rest between attempts and it is low to the ground.

Competing in China in May was incredible. This is the first time in over nine years New Zealand has competed at an open world cup, and people were stoked to see us there.

The trip was largely a learning experience for us and enabled us to see the style in which we need to be training, make valuable connections and gauge what it takes to be at one of these competitions.

New Zealand has lagged behind since my coach Rob Moore left the scene over nine years ago. Luckily Rob has returned to the sport, and within the two short years he has been back he has made waves of progress with climbing in New Zealand. I only started training with him last year. He has made it possible for people in NZ to start taking climbing seriously as a competitive sport. I have moved to the Mount in order to train with him full time because he is the hardest working, most knowledgeable and motivated coach in New Zealand, if not the world.

Attending the World Youth Climbing Championships in Russia in August was also an incredible experience. This was my last opportunity to compete in an international event as a youth climber as next year I turn 20 and will be competing in the opens.

The whole team performed far better than we have in previous years. Utilising a proper training programme, and with Rob as the head coach, everyone got personal bests in speed climbing. Over half the team set New Zealand records in speed climbing, including myself when I set a new junior males record of 11.06 seconds (I believe) up the 15 metre route. When we have the speed wall in Mount Maunganui we will easily be able to break into sub 10 seconds – the standard time for making semi-finals and finals.

Hopefully this will change with climbing being added to the 2020 Olympics in Tokyo where people will be able to see how incredible a sport climbing is! It’s exhilarating to watch and I'm sure people are going to love it.

Attending the Olympics, most likely in 2024, is not my dream – it’s my plan. I have the dedication and will work hard to make it happen. With lots of hard work, and correct training and knowledge, New Zealand will be up to a very competitive level internationally. At the moment we are not quite up with the rest of the world as we have not been exposed to the international style, but we are not a long way off.

Top 4 climbing sites around the Bay

When he’s not training for competitions, Sam is also a keen outdoor climber and has shared with us his top four places for climbing around the Bay of Plenty:

If you are interested in climbing then come to Rocktopia – a great climbing gym located in Mount Maunganui. There are plenty of classes for beginners and it’s an easy way to socialise with friends. You can also come a do your own thing. Seeing your own progression in climbing is exciting and motivating.

Find out more about the BayTrust Athlete Scholarships>