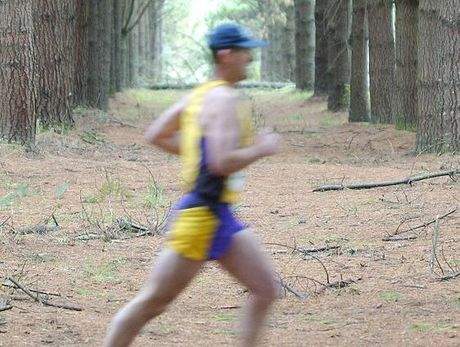 A new running festival has been announced for Rotorua that aims to become as popular as the full Rotorua marathon event.

The Running Festival, which will take place on November 23 and 24, includes a half marathon, 10km, 4km and 2km events, as well as The Bolt - a 5km sprint race for elite athletes around Rotorua's central business district.

It comes just a month after the return of the Hi-Tec Ekiden relay on October 12.

Running Events owns and operates both events and race director Rob Docherty said the team was excited about delivering the events.

"The Hi-Tec Ekiden is regarded as an iconic team relay event on New Zealand's most famous running course, that's used in the Rotorua marathon."

He said the event had a 10-year history in New Zealand and was a fantastic way for workmates, friends and whanau to have a fun and fit time with their team among 2000 other participants as they made their way around the Lake Rotorua course.

The Rotorua Running Festival had been developed to incorporate a greatly improved half marathon event, while also offering a range of other distances to ensure that anyone could "have a go" over the weekend, he said.

"We believe the City of Rotorua Half Marathon will quickly become known as one of the most spectacular half marathon courses in New Zealand. It takes in Rotorua's most well-known landmarks, including the Rotorua Museum, Government Gardens, Whakarewarewa Forest, Te Whakarewarewa Geothermal Valley, the racecourse, Mayoral Drive and the Lakefront."

He said they were so excited about the event they were offering a money-back guarantee to anyone who finished the half marathon and didn't agree that it was New Zealand's best half marathon experience.

Mr Docherty said the half marathon would be complemented by the other running events on offer during the festival weekend, ensuring that spectators and supporters could also take part with the Brooks 10km Classic, the Yes You Can Community 4km event, a 2km Kids Dash and The Bolt.

"The Bolt will officially open the festival weekend and will involve five 1km laps around Eat Street at the bottom of Rotorua's CBD," he said.

"It's going to be a fantastic race to run - and to watch."

The Rotorua District Council's community and major events manager Martin Croft said Events and Venues Rotorua would be working alongside Running Events to help ensure the events were a success.

"The Rotorua Running Festival is an exciting new addition to our events calendar.

"We believe the City of Rotorua Half Marathon event has the future potential to become as iconic as our full distance marathon, while the shorter distance events offer something for everyone."

For further information go to www.runningevents.co.nz.