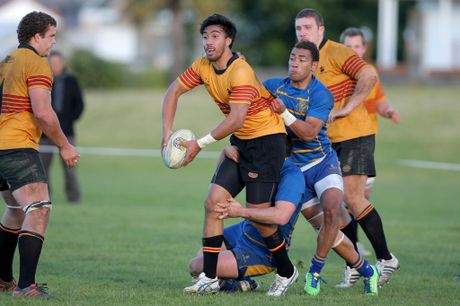 Players have another chance to stake their claim for starting spots in the Steamers for next month's ITM Cup when the Bay of Plenty Wasps travel to Napier to take on a shadow Hawke's Bay selection.

The Steamers will play their first home game of the season against Hawke's Bay at ASB Stadium on August 25, so both coaches are likely to be somewhat cagey about how much strategy they reveal.

The team, consisting of mainly contracted Steamers players, will leave by bus at 7.30am and not return until about 10pm the same night, but coach Kevin Schuler says that will not be a factor.

"They did the same thing last year, jumped on a bus and played us in Whakatane, so we owe them one," Schuler said. "It's all part of it, you have to endure that stuff. The travel will be no excuse.

"At the end of the day if you need more time you stop the bus and have a walk around it. There are a lot tougher things in life than a bus ride."

History shows the annual clash before the Steamers pre-season campaign kicks off has little bearing on how the ITM Cup season progresses.

"We play them second game in, but there's a lot still to happen.

"It's important that we go out there to compete and to do well, but it's more about the plans and the structures we are trying to put in place. It's good to tick a few boxes so you know that you are improving."

Wasps won that match, played over four 20-minute quarters, by a wide margin, with Schuler saying both sides and the hosts got plenty out of it.

"Hopefully that will help them lift the shield off Waikato this week. If they did that we'd get some sort of koha, I'm sure.

"Poroporo was outstanding. It was really cool to go down there. It was the first time they've had a representative game down there, and they are an outstanding little club.

"A lot of clubs have crumbled a bit, but the energy in that club is really impressive.

"They've got some great stuff going on with their teams, too, so it was great for us to go down there and be able to mix with them. I don't know how many pies they sold. They had great-smelling pies.

"It was cruel for the players, with them having a massive big pie stand. Half the players looked keen to pop over there with their $2.50, which is very cheap these days for a good pie."