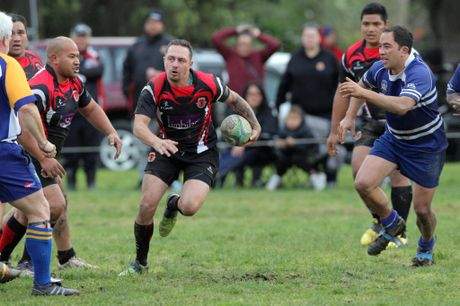 Two Western Bay teams will meet for the third time in four weeks on Saturday in one semifinal of the BOPRU Baywide Division Two competition.

Judea and Arataki will be desperate for victory, with a place in the grand final at stake, from where the winner secures a Division One place next season.

In the last round of the Western Bay of Plenty top six in the first weekend of July, Judea annexed the Merv Scholes Trophy and Hardy Rosebowl when they came from a six-point deficit at halftime to grab an 18-14 win at Grenada Park.

The next weekend, the two sides backed up to fight out the Seeka KI Western BOP Championship with the Combined Cup on the line. Arataki led most of the way in another hard-fought encounter, to take out a 22-20 victory.

The Judea win in the first game of their local derbies gave the Tauranga side the Western Bay No1 ranking in the Baywide playoffs.

Last Saturday Judea downed Edgecumbe in a 17-15 thriller, with Arataki making the journey to the Bay union borders to sneak past Reporoa 24-22. Judea has the home-game advantage in the Baywide playoff contest, courtesy of their Western Bay top ranking.

The victor of the winner take-all clash at Judea's headquarters will meet the winner between Kawerau and Reporoa, which is to be played in the Eastern Bay.

The third Baywide semifinal at Blake Park, (including the Baywide Premier clash between Mount Maunganui and Te Puke Sports), will see the Mount Maunganui Colts take on Marist St Michaels. Last weekend the Rotorua Marist representatives upset Greerton Marist to make the semifinals. On the other side of the draw, Tauranga Sports Colts are at home at the Tauranga Domain, where they will face a determined challenge from Te Puke Sports.