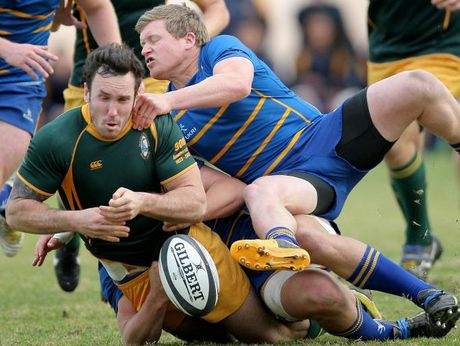 The elation shown by Tauranga Sports players, coaching staff and supporters at the final whistle blown by referee Shane McDermott showed what it meant to win the Bayfair Baywide Premier title for the fifth time in seven years.

The 21-16 victory over a talented young Mount Maunganui side at ASB Baypark Stadium was never assured and even in the final play of the game the Mount looked threatening as they desperately tried to find a way through the Tauranga defence. It was fitting the game ended with Tauranga causing an error as their defensive systems throughout the season were outstanding.

Tauranga were allowed to start Bay of Plenty halfback Josh Hall, with Nick Evemy off the bench, while Mount's influential centre Kenny Lynn was not released from corporate duties with the Chiefs. So the core squad members battled out what was an absorbing scrap from the outset.