It was a beautiful day for touch not - too hot, a little cloudy. BOPSS championships did have a rest year due to Touch NZ changed qualifying structure. Nationals are now an open event.

Girls division 1 was exciting to watch the two girls schools fought it out in the finals of division 1. Rotorua Girls' displayed exceptional passing and speed and structure on the day to win the trophy. Tauranga Girls' College did have some nice diving tries and save some tries. The team is a very young team to watch out for in the future.

Division 2 girls final was between Ruatoki and Te Puke High School. Ruatoki showed some great shut down defence and displayed numerous skills in and around the ruck. The speed and dynamics of this team was something to watch and the team work of the girls was exciting. It would have been nice to see them play Rotorua Girls' High School.

Te Puke High School did challenge Ruatoki in the early parts of the game with some great saves on the try line and the chase down from some of the girls was inspiring to watch. They never gave up and they will be another team to watch in future years.

Boys grades was another story. Rotorua Boys' High School is known for Touch in this region as they've won a few national titles over the years. No surprise that the two finalist were Rotorua Boys' 1 and 2. The boys were fun to watch as the speed and skill that the boys showed was fantastic. The passing skills, speed and the set plays on the 5 meter was superb to watch. There were also a few behind the back passes and specular dives at the line. Rotorua Boys' High School 1 took home the trophy this year.

Thank you to the host school Rotorua Boys' High School and Maurice Stone for running the event. Thank you to all the referees on the day - without you guys this event would not have been possible. 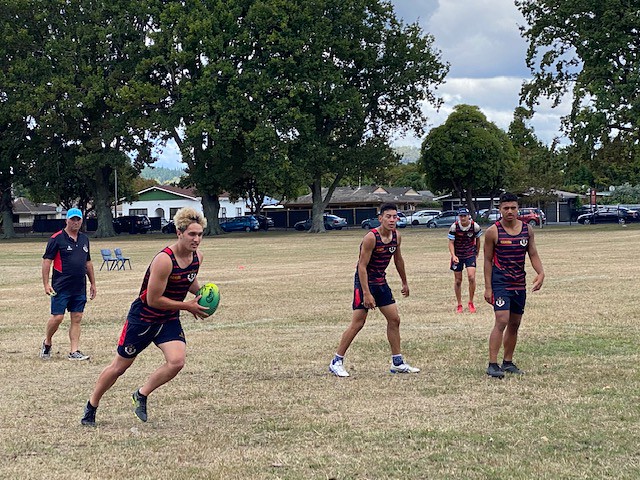