An action packed day of futsal skills were on display at Trust Power Arena.

This year was the first year we were at capacity over 46 teams from intermediate to senior level. Very close competition in the younger age year 7-8 intermediate with Rotorua Intermediate beating Aquinas in pool play but in the final Aquinas Boys winning the trophy in a very tough fought battle. The speed and footwork of the boys was exciting to watch.

In the junior boys section the semi-finals was the most intense matches of the day with some tight results to finish it off. New champions 2020 John Paul College just beating Papamoa college to take the title the boys showed quickness and endurance throughout the match and some exciting goals saved and made.

The junior girls division has a new champion Katikati College taking the trophy off Aquinas College in a tight battle, the girls displayed shot sharp passing and some excellent goals.

The senior girls current champions Otumoetai College were just too good for Tauranga Girls College who made the final for the first time in years. The girls game was intense a little physical in parts, but the game was superb to watch some very good goals scored and some very good goals saved the footwork on some of the players was spectacular to watch.

The final division the senior boys was between the two powerhouses of futsal Rotorua Boys High School and Tauranga Boys College. It was a battle it was very intense and physical most of the game. The referee handled the game very well.

Tauranga Boys College champions last year were in it until the second half where Rotorua Boys High School scored to quick goals to take the trophy.

Thank you to Waibop football Cliff and Tayla and the referees who were superb and without you guys the tournament would not be a success. 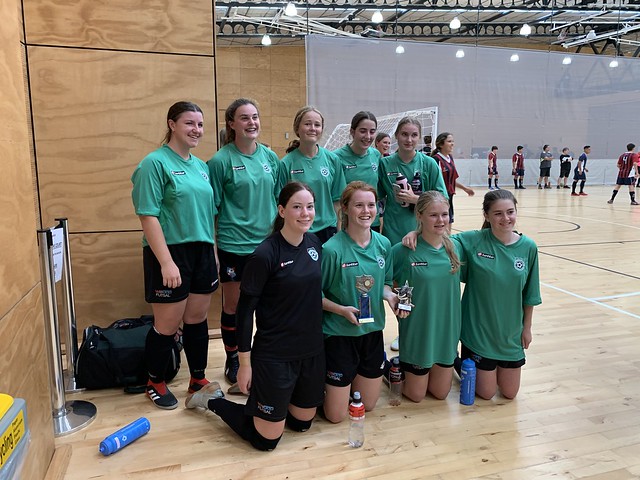