Kane Williamson recently joined Sport Bay of Plenty for a Q+A session to discuss his playing career, leadership and how playing multiple sports and having fun as a younger player has helped shaped his career.

Kane Williamson has been captain of the Black Caps since 2016 and was ranked number 1 in the ICC ranking in 2015 with a staggering 90.15 batting average. He has played 80 Test matches and 151 ODIs and is currently ranked fourth in the ICC Men's Test batting rankings. Check out the full Q+A session below.

Many of Kane's insights during the Q+A session were well aligned to the Balance is Better philosophy. Highlights include: 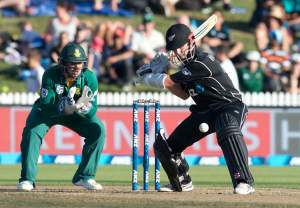 It was a great learning experience for all who attended the webinar and thanks go to Kane for his time and insights.