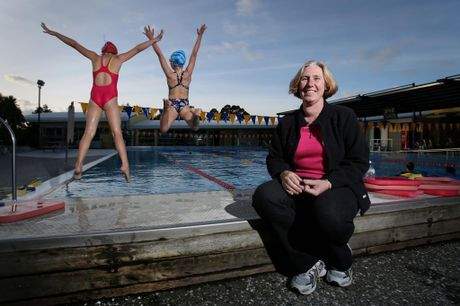 Jenni Clarkson has been teaching swimming in the Bay of Plenty for nearly eight years and has partnered with other concerned parents to create a not-for-profit organisation to send trained swim instructors into schools at low cost.

"There is a lot of pressure on school swimming at the moment and that pressure lands on the teachers."

Mrs Clarkson said because teachers were not trained and were often in charge of about 30 students of varying abilities, the children ended up just playing in the pool, which was often shallow enough for them to touch the bottom.

Beaches and rivers were identified as areas with the highest rates of drowning in a 2012 Water Safety NZ report. Mrs Clarkson believed children needed to be taught to swim in deep water.

"We just want to get them swimming and safe, so if they get into trouble they know how to get out of it."

Mrs Clarkson's organisation already had a group of trained instructors involved, and was hoping to get funding from Water Safety NZ, other trusts, local council and local businesses to reduce the cost for the schools. "At the end of the day, teaching someone to swim and water safety may save their lives or someone else's one day."

She said they had received positive responses, with Maungatapu School and Saint Mary's School having expressed interest in the programme starting in term four.

It was hoped more schools would take up the programme next year.

Each school would pay whatever the funding had not covered, dependant on class sizes and hours per week.

Maungatapu School sports co-ordinator Celeste Moffat said the funding of swimming lessons was one of the biggest water safety barriers for the community.

Gate Pa School principal Richard Inder said the school could not afford to pay for lessons and the limitations were often in the facilities rather than the teachers. "Our teachers have all been trained. We have a pool but it's not heated, so we are restricted by the temperature of the water."

The water safety adviser for Sport BOP, Denise Jones, said a programme's success may depend on how low-cost the lessons would be, but fundraising in schools could be an option.