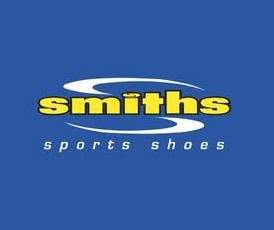 All participants who are accepted onto the programme not only have an individualised plan developed which outlines targets to achieve, but they are also provided with mentoring and support throughout the time in the programme. The aim is to have a variety of programmes offered at no or minimal cost for participants to be involved in, in return for commitment of participation. Sport BOP will work with young people to retain an interest in sport for their own personal wellbeing, and keep young people involved and connected to their communities.

Paul Pou, Youth Team Leader at Sport Bay of Plenty, tells us how Bruce Trebilco from Smiths Sports Shoes, who owns the business with his wife Alison, came to donate the shoes to the programme.

“After attending a FGC (Family Group Conference) at CYFS, it was very clear to me that this young fella, that was at the conference, had nothing, no family support, no home support and was really heading down the wrong track”, explains Paul.

“Being a cheeky fella (“Cheeky Darky” as the late Paul Holmes says) I was on the same street as Smith Sports Shoes, so I stopped in to tell them about this young chap and how he was on his last legs with absolutely nothing in his life. His mum has mental health problems and his dad is non-existent in his life. I asked Bruce, “would you happen to have any second hand shoes that you would like to donate to this young chap?”. Bruce said to me to wait a second and he will see what he had in the back of his shop. Bruce came out with a box, and in that box was 6 pairs of second hand shoes (shoes that had been returned) that he said I could have. I was absolutely gob smacked with his generosity; I brought a pair of shoes from him as this was the only way I could say thanks.

That very afternoon I went to see the young chap and handed him a pair of size 11 shoes that had been worn twice and he had a tear in his eye. It was just unbelievably emotional that a pair of shoes meant so much to the young guy who had nothing. He was committing crime to feed and clothe himself.”

Paul goes on to say Sport Bay of Plenty’s relationship with Smiths Sports Shoes is “another good relationship that has been fostered over several years.”

The young man has now enrolled in school and is now being mentored and using sport as his motivation to stay out of trouble and on the right track. On-going support will be offered to him from several different people.

Sport Bay of Plenty’s Youth Team will empower disengaged youth by increasing participation in sport for school leavers not just as athletes but as volunteer coaches, managers or being an essential volunteer in a sporting club and they are working hard to secure more funding to be able to expand this type of programme throughout the Bay of Plenty region.

For more information on Pathway 16/20, CLICK HERE, to visit the web page.