On the weekend of October 11-13, 2019 Parafed Bay of Plenty took nine members (seven males and two females) of their Aspiring Youth Team to King’s College in Auckland to compete in the 2019 Halberg Games. 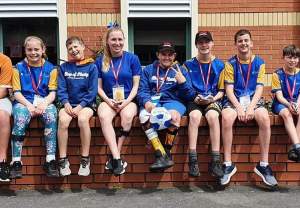 The Halberg Games is a sporting event for physically and or visually impaired 8 to 21-year-olds. Participants experience an authentic Games village environment with a range of sports on offer and events include opening and closing ceremonies. For some athletes the Games are a stepping stone towards future sporting goals and even representing New Zealand in their chosen sport.

Supported by a team of volunteers, parents and whanau, Parafed Bay of Plenty’s Aspiring Youth were well represented across all sports over the weekend with members competing in all but two of the 20 sports on offer. 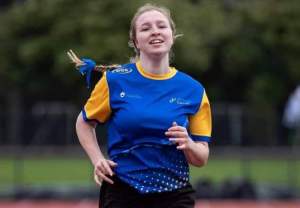 All of the youth were enthusiastic, competitive and exhibited fair play throughout the weekend. Everyone enjoyed the positive atmosphere at the event and the “games village” environment with highlights from the weekend including Parafed Bay of Plenty’s Youth Ambassador Siobhan Terry winning the athletics award for best female athlete, and the Parafed Bay of Plenty Aspiring Youth Team winning the award for best team from the 12 regions represented which is based on results of the competition events.

Overall it was a great weekend had by all involved where the team had the opportunity to compete at their chosen disciplines or simply try something new and can be summed up by the team’s youngest member Tyler Schutz who commented after completing his 100m sprint, “This is the best feeling of my life!”